Margaret Larkin is a producer at WBBM Radio in Chicago, and has also worked at WGN. She has been producing the Radiogirl Podcast for several years, and has recently begun producing a podcast for INBA.

Please subscribe to the podcast at the INBA Soundcloud page, and let Margaret know if there are other INBA members she should interview. You can reach her at margaretlarkin@rocketmail.com.

Episode one with Charlie Wheeler.

Episode three with Students You Should Know: Marcellus Angel and Kaitlyn Palakaitis.

Episode four with INBA's 2018 Illinoisan of the Year, Edwin Eisendrath. 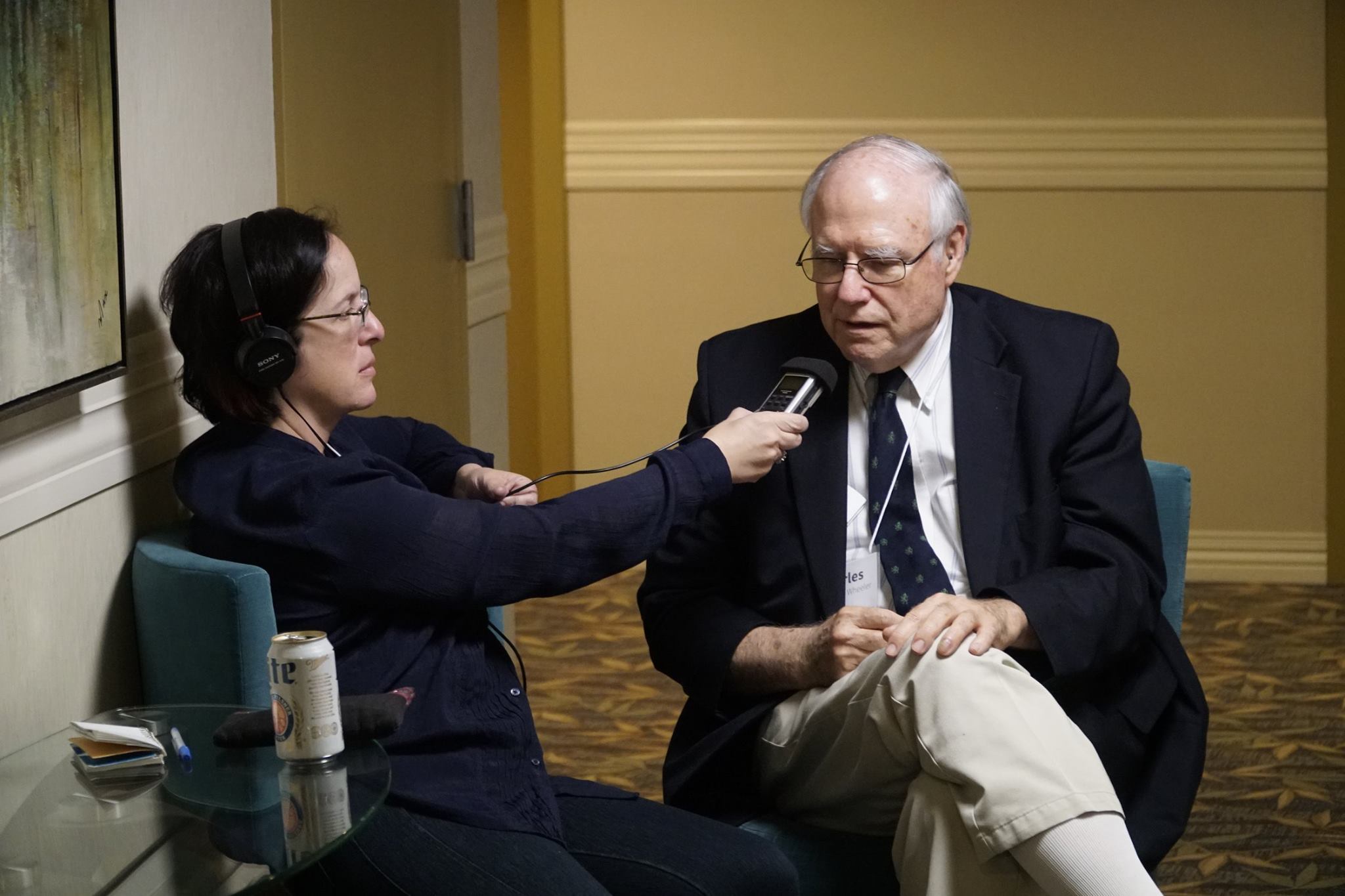 Why join the INBA?

When I was working in radio for the first time, I had no idea whether I could truly handle the demands. But INBA made me curious and want to improve. Even now, when I’ve maybe worked a lot of hours or planned some stories that didn’t come together for one reason or another, what I learn from an INBA conference gets me re-invigorated about the business.

INBA is as much about friendship and as it is about achieving common goals. It provides two things individual newsrooms cannot: in-service training, and the ability to speak out on issues affecting the profession. But most of all, it brings newspeople together.

INBA is an organization that really caters to continuing education for professionals. It offers a relatively inexpensive way to learn new things, reinforce best practices and network.

As a student, it's often difficult to picture what working in the real world will be like. For me, the INBA bridged that gap by giving me the chance to talk to professionals who used to be in the same shoes I'm in now.

Joining the INBA was one of my best life decisions. I met some of the best broadcast journalists while I was still a college student. Plus, I ended up getting a job through the connections I made!

One of the greatest benefits for me has been getting to see and know other parts of the state. I’m not from Illinois and traveling to spring and fall conventions over the years has transformed dots on a map to memories of places that enhance my story telling process.

INBA is not only a great networking tool, it also provides advocacy and support for journalists in an ever-changing world.

One of my top goals in my career was to get to Chicago. Thanks to INBA I met Margaret Larkin. She remembered our great conversations about Chicago and first alerted me to a job opening in the city I might be interested in. Lo and behold, I got that job! INBA helped me reach my dream.

The support INBA gives to student journalists is vitally important as we all discover how technology is changing news dissemination, INBA monitors and actively encourages truth, transparency and accountability from students and their universities.

INBA played a huge part in preparing me for my broadcasting career. The INBA conventions connect students with on-air talent and news directors who give feedback on now to improve your work. Through relationships I made at those conventions, I was able to obtain my first on air reporting job.

“I recently attended my first INBA conference—and it won’t be my last. The combination of professional and student journalists learning together is electric. Everyone learns from each other and walks away with new friends (and LinkedIn connections). I know I did.”

You may have missed

How this photo led to a radio romance story